Apple has recently done with the Beats company for a "modest" price of 3,000 million dollars, something that undoubtedly has as mission to expand the horizons of Cupertino in the music downloader apps. But this seems to be just the beginning in a strategy that will certainly not leave anything to chance. 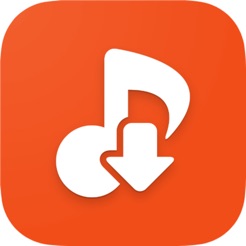 And it seems that Apple is beginning to remove from the App Store those applications that allow downloading music . This can be an interesting strategic movement for those of Cupertino, who even manages to implement an iTunes Radio ad, at the time we perform the search for “music download” in the store. The removal of these applications , including those that leverage websites to share third-party files, prepares Apple's path for its music service through iTunes to grow even more.

This "witch hunt" also encompasses those that connect to the top music on YouTube and Soundcloud . What's more, some developers claim that Apple has notified them that they have to remove the music download feature from those applications they have published. With iOS 8 , Apple intends to introduce new features in its App Store , including an improved search algorithm, a new feature that improves application detection, application packages and some other things.

Not only music is affected

As the guys from iMore comment , it seems that applications with the ability to download music are not the only ones that are on that “blacklist” of Apple, as are those that encourage the display of ads and share social networks . Will it be a smoke screen to camouflage your strategy to control the digital music download market?

It is clear that each one sends in their territory and in their house, setting the rules and reserving the right of admission of what they want or not to have in it, something that Apple has done and continues to do. Then it is obvious that there will be who agrees and who does not, but that is another matter.

Although there will always be unofficial ways to download music to our devices, it seems that Cupertino wants to control at least those that are official and available through its App Store . What do you think about Apple taking these measures against those third-party applications that allow music downloads among others? Your opinion interests us, tell us.